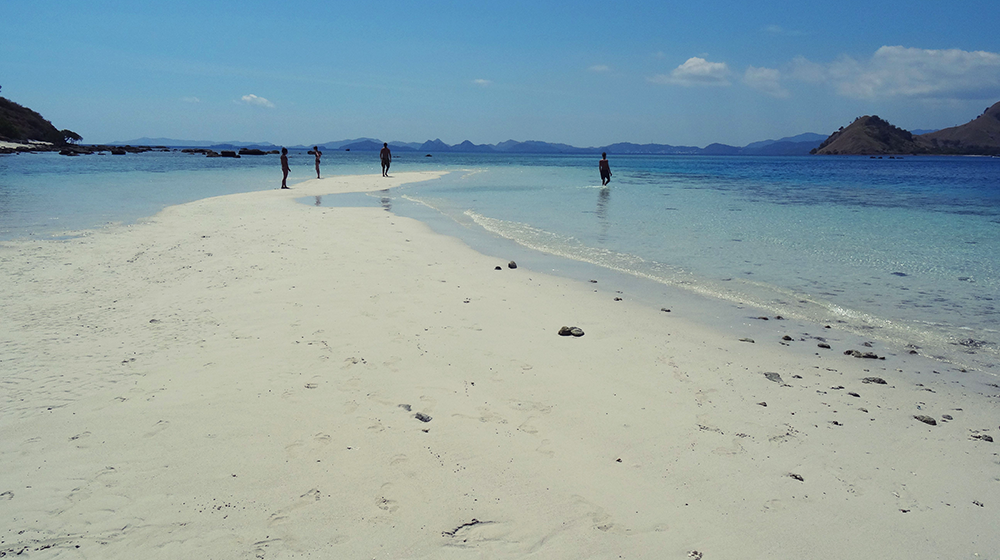 The islands east of Bali are called “Nusa Tenggara,” starting at Lombok and ending at the South of the Moluccan islands. In summer 2013 we made a beautiful trip from the capital of Lombok, Mataram to the port city of Maumere on Flores. The absolute highlight was a boat trip around the islands of Komodo, Rinca and Gili Laba where we were continuously seasick, snorkeled on dream locations, had two chickens on board and had a close encounter with prehistoric Komodo dragons.

Nusa Tenggara means ” South Eastern islands” and is a string of islands of almost 550 relatively small islands from Lombok to the Moluccan Islands. Another well-known name for the archipelago is Lesser Sunda Islands, a group of islands where Bali used to be part of as well. Traveling from Bali, we loved the change of landscape: the Bali landscape fits better with Java and Sumatra whereas Lombok and Flores show more comparisons with the flora and fauna of Australia. Apparently this is also supported by history 🙂 The story goes that Nusa Tenggara belonged to the Australian content until the last ice age, while Bali and Java were connected with Asia.

On Lombok and Sumbawa the deutero-Malay population is predominantly Muslim. On the eastern islands people are mainly Roman Catholic with a large importance of spirits and ancestor worship. On the other Nusa islands you will come across Christianity or Islam. Interesting fact is that these two religions are the foundation of the way of life, but that most people have local animist beliefs: the belief that non-human entities such as animals, plants, and inanimate objects, possess a spiritual essence. An animist believes in the existence of good and evil spirits, which may include trees, animals and objects. In order to keep the spirits happy, sacrifices, rituals and dances will have to be made. Animism permeates the whole life of its adherents, which is something that we noticed during our visits to traditional villages of Bena on Flores and our trip to Sulawesi. Religion plays a key role in people’s lives, however from our experience people never want to impose their beliefs on you. 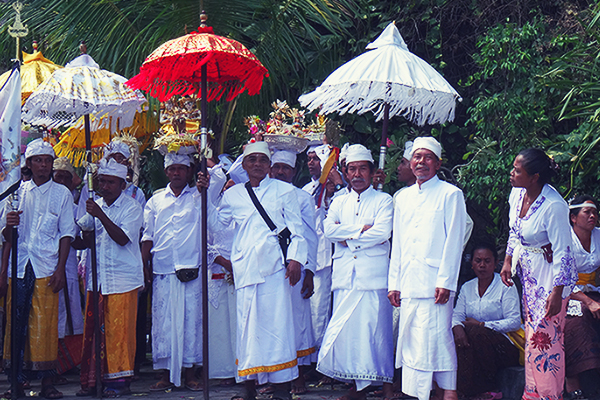 Ceremony between Mataram and Sengiggi on Lombok

Compared to their larger brothers Java and Sumatra, the Lesser Sunda Islands are not (yet) packed with tourists. Forget about Lombok though where the quickly increasing number of backpackers and beach fans will lead to more posh hotels and commercialism. Most locals earn their income as fisherman, farmer or cropper. On these islands you will definitely see the authentic way of life: women picking rice and men plow the land with their buffalo. We have never seen such beautiful rice fields before!

Ok, so what did we do and where did we go? As part of our three months Asia trip, we started our trip at Bali and after a few weeks we took the fast boat to Senggigi on Lombok. After discovering the villages, visiting temples, spending time at the beach and observing a ceremony, we took the boat from Lombok all the way to Flores. If you are not very good with boats, you will get sea sick! But there are medications to take that will make you very relaxed and calm, so no worries! The boat trip won’t give you any sleep either but is still something we will ab-so-lu-te-ly recommend! We will explain why in our post “Lesser Sunda Islands by boat“. 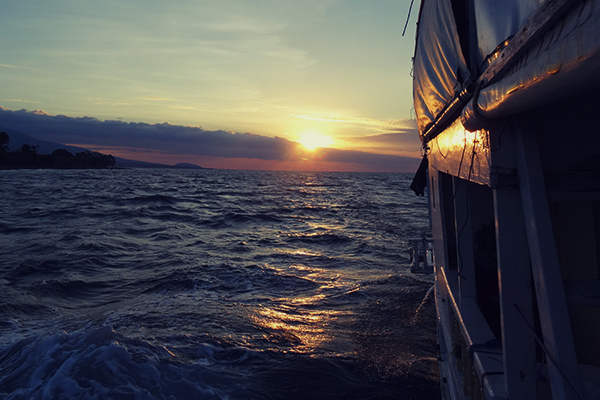 North of Sumbawa, close to the Tambora vulcano

So these are the highlights of the trip that took about one month. Just click on them to read more about it!