The streets of East Berlin 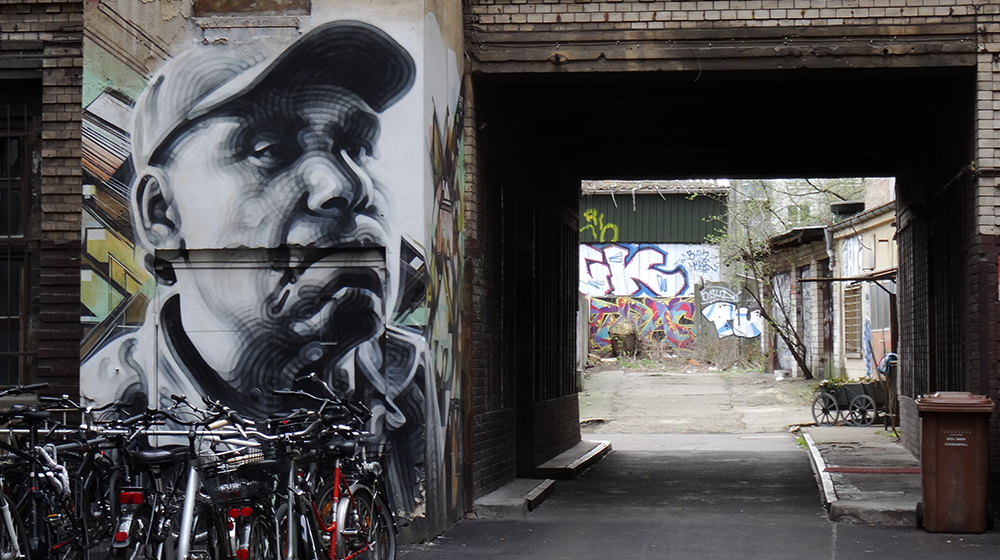 The turbulent and deeply sad history of Berlin, makes it a fascinating and unique city. The war and (the fall of) the wall had huge impact on the current culture and mindset of the Berliners. The past is rooted in the city and Berlin is still no real unity. During our city trip to Berlin, we decided to dive into a few neighborhoods of East Berlin. Berlin is a blur of inspiration and we are happy to share our experience with you!

It sounds obvious and some of the paintings will definitely not go unseen, but do keep your eyes open for street art! For the well known art on the Berlin wall, you can go to the East Side Gallery. We also walked into many alleys, small gates, looked through fences to remote areas and saw the most beautiful artwork! 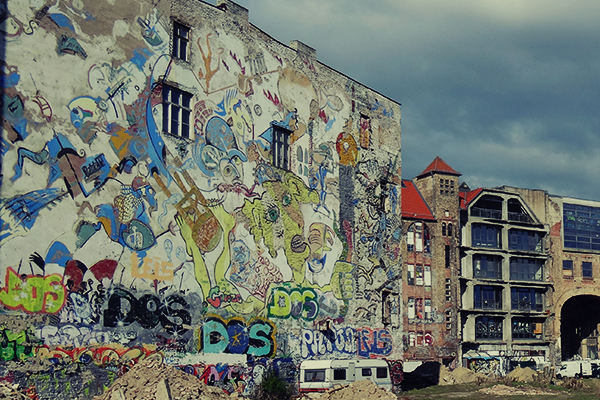 The internationally known Belgium graffiti artist with the pseudonym “ROA” has created many works across Europe, the USA, Asia and Australia. ROA paints only animals, either alive or dead, in different stages of decomposition, rotting or dissected. You could recognize his paintings quite easily because of the use of of regular white wall paint, black spray paint, and a few colours now en then. We came across another graffiti work of ROA in Fremantle, where he asked by the City of Fremantle to leave his mark in the city. He painted a 25 metre mural of a numbat, which is an Australian endangered species. 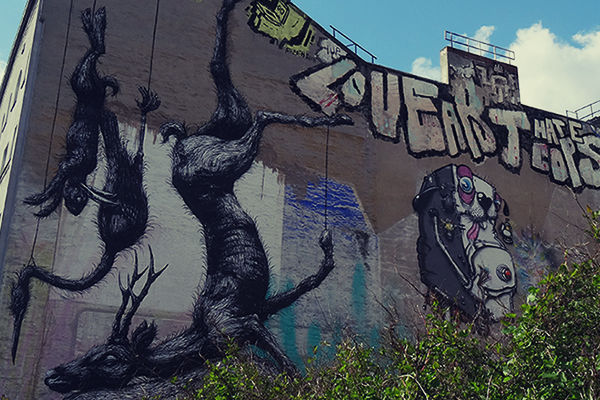 Streets not to miss in East Berlin

Apart from specific bars and restaurants where we ended up having a great time, we believe you should explore the streets of Berlin yourself and try not to miss our favorite streets when plotting your next walk in Prenzlauer Berg, Friedrichshain or Kreuzberg:

The neighborhood of Prenzlauer Berg once was one of the poorest and densely populated districts of Berlin. Most buildings were built around 1900 and have more or less survived the Second World War. During the GDR period Prenzlauer Berg was neglected and artists took up residence in the neighborhood. After the wall fell, PB had ‘wild east’ appeal and became the new location of trendy shops and bars. Nowadays, the alternative scene has moved to other districts and the families and yuppies have taken over Prenzlauer Berg. The number of strollers, coffee drinking and chatting mums is huge in Prenzlauer Berg. The district retained the charms of its past identity and offers you a large variety of parks, cafes, shops and restaurants. Streets not to miss in Prenzlauer Berg: 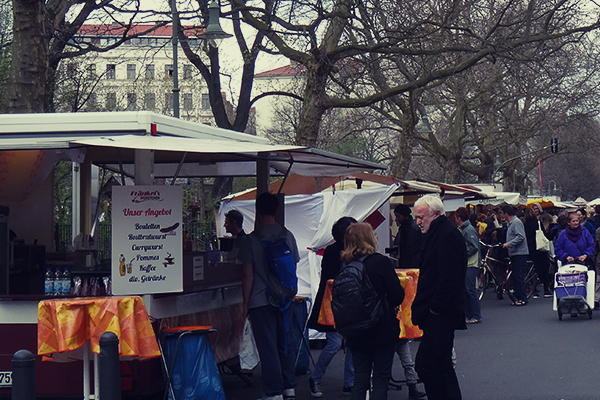 Friedrichshain used to be the most ‘original’ Eastern Berlin quarter, but comparing the streets nowadays to Friedrichshain 6 years ago, we conclude that much has changed. The district has developed considerably and the raw edge is slowly fading away. There are more young families than before, which makes the district into a neighborhood with beautiful contrasts. The atmosphere is still cocky and a little alternative where graffiti slogans are the rule rather than the exception. You will find many creative shops with original brands, apparel and accessories in the streets listed below. Check our suggestions for shops and restaurants, in the East Berlin City guide. 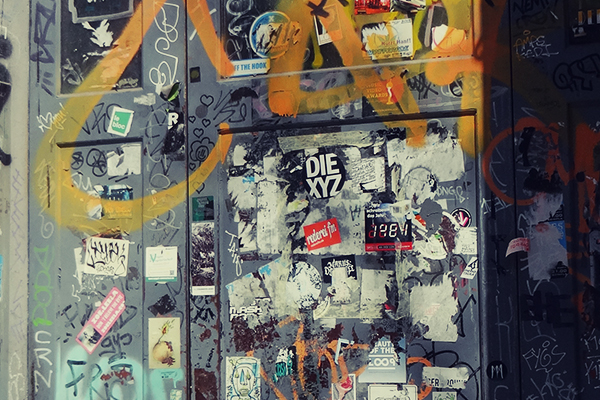 What a welcoming front door 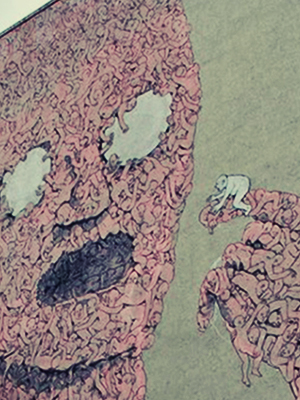 We have been told that Kreuzberg can be split into two sub districts: Kreuzberg 36 (SO36) and Kreuzberg 61 (SO61). Basically its the addition of the previous zip code and SO stands for Südost (South East). Before the fall of the Wall in 1989, Kreuzberg 36 was surrounded by the wall on three sides. As a result, squatters, punks, artists and Turkish immigrants lived here peacefully together. Many squatters and punks have left the district, but the Turkish population has remained and so the largest Turkish community outside Turkey was established. The Oranienstrasse has countless cafes, life takes place on the streets and everywhere you can go for shawarma, kebabs and falafel. We met a few East Germans, they told us about their lives outside Berlin, the history of the city, the neighborhood and the fact that they learned Russian at school! Streets in Kreuzberg 36 not to miss:

Although we tend not to plan most of our city trips, we of course do a bit of research! For our next visit, we won’t skip: