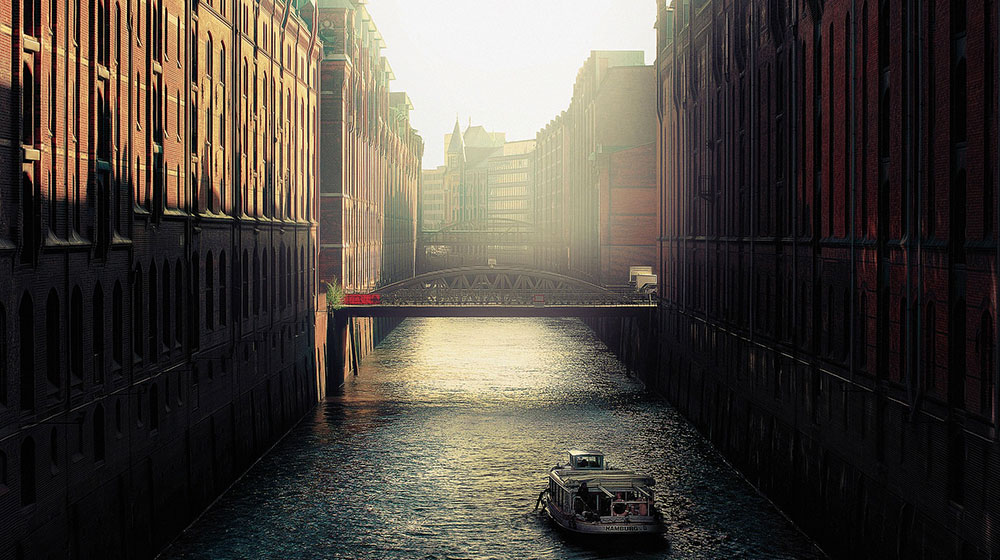 Hamburg is both posh and down to earth at the same time, which makes the city ingenuous. In 2015 the city even ranked 16th in the world for livability. And we understand why! Hamburg’s neighbourhoods are diverse, the city is full of energy and exudes relaxation. Each neighbourhood has its own character, highlights and atmosphere. This article helps you to understand these characteristics and explains where to go for architecture, shopping, food and drinks in Hamburg’s City Centre, St. Pauli, St. Georg, Schanzeviertel, Karolienviertel, Hafencity, Altona and Ottensen.

Also called the Free and Hanseatic City of Hamburg, Hamburg is the second city of Germany and the second largest European port. Most travellers will either arrive by train or plane. Hamburg Hauptbahnhof will be their first introduction to the city. The huge train station is a bustling and busy place from where hundreds of visitors find their way in and out of the city. When facing west, Altstadt and Neustadt are right in front of you. St. Georg is the neighbourhood situated at the back of Hamburg railway station. Hamburg has 6 main neighbourhoods:

The oldest area of Hamburg! Altstadt is the old city centre and so is Neustadt, just with another name, being ‘new town’. Altstadt and Neustadt are the historic parts of the city that make up Hamburg city centre. The Alster connects these two neighbourhoods and is the gateway to lake Binnenalster (the small lake) and Aussenalster (the large lake) in the north of the city. Looking at the map of Hamburg, Altstadt and Neustadt are the areas within the major circle with river Elbe in the south, the railway station in the East and North East, the park Planten und Blomen in the North West and the district of St. Pauli in the West.

Many finance and media companies have their offices in this part of Hamburg city. This brings Altstadt and Neustadt posh restaurants and expensive bars where business people can close their deals and shopaholics have their caffeine levels boosted. The main reasons to visit Altstadt and Neustadt are shopping and architecture! This is where international brands have their brand stores ready for you to spend your complete Hamburger budget 🙂 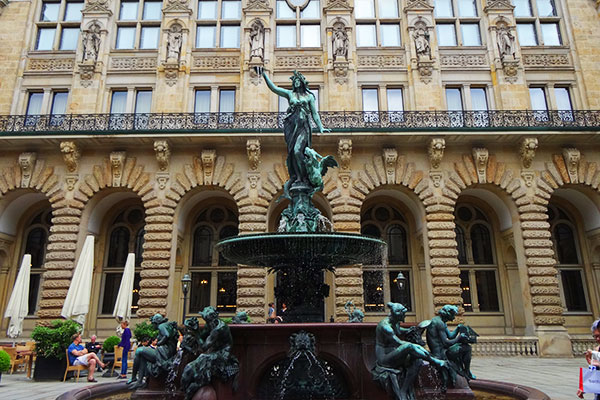 What to visit in Hamburg’s City Centre?

The district of St. Georg starts at the back, or East entrance, of Hamburg train station. St. Georg has gone through enormous development in the past years and is still subject to lots of renovation projects. Especially the northern part of St. Georg really benefits from the renewal work that has been done. Old warehouses are refurbished and there is way less criminality. St. Georg is also known as Hamburg’s gay neighbourhood with many cafes and bars. Hamburg’s mayor is gay and lives in St. Georg which makes him the perfect paragon for the neighbourhood.

What to visit in St. Georg? 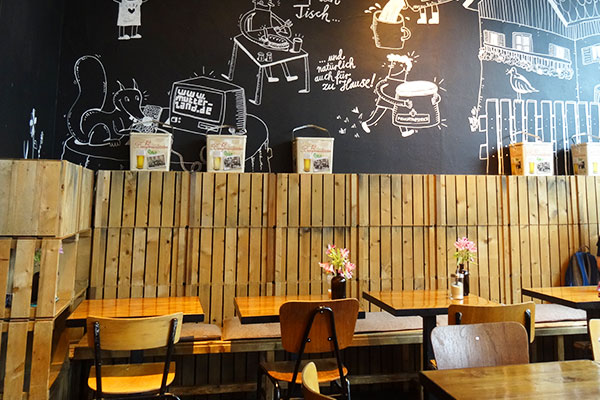 Party animals, this is where you want to go! Reeperbahn is THE amusement vain of St. Pauli and Hamburg, offering sex clubs, bars, theatres and everything in between to its visitors. The Reeperbahn, also called Kiez, is Hamburg’s red light district. As one of the largest harbour cities in Europe, Hamburg has a tumultuous history regarding sex clubs. It all started in the 18th century when Hamburg lived its golden year of richness and trade.

On a regular Friday or Saturday at Reeperbahn, you will experience Hamburg nightlife at its best, or worse if you will. Keep your eyes open! Exploring travellers, stag or hen do’s, homeless people, students, hipsters, rockers, just you and me. Reeperbahn has something for everyone! St. Pauli is real, raw and rough! 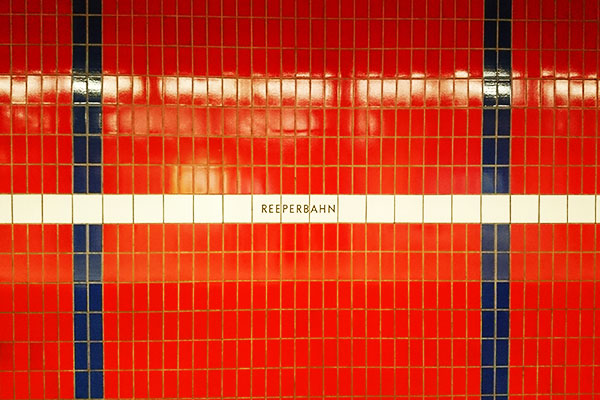 What to visit in St. Pauli?

Karolinenviertel and Schanzenviertel are the perfect areas for design, fashion lovers and those who love a free spirited and alternative atmosphere. Karolinenviertel is also called Karoviertel en is named after the former coal plant Karoline. The laid-back neighbourhood Schanzeviertel is also called Schanze. The neighbourhoods have been impoverished for a long period of time. In the 90s renovation work took place to ensure that buildings that survived the Second World War, kept their own character.  These renewal projects clearly paid off. The neighbourhood is home to immigrants, locals, fashionista’s and designers. Schanzenviertel is located is little more northward and seems to have kept its raw edges. 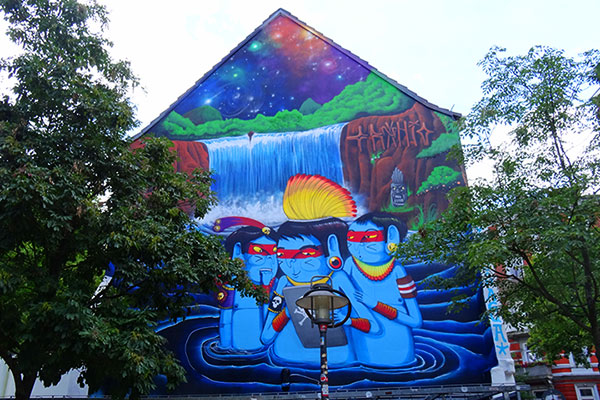 Altona is the neighbourhood that is located West of St. Pauli. Altona is situated on the Elbe river and together with the area of Ottensen, Altona makes up a relatively young neighbourhood. Until 1937 Altond and Ottensen were small towns, just outside of Hamburg. Throughout the years Altona and Ottensen successfully retained their own character. The areas used to be centre of industry and labour. Altona and Ottensen are home to a large variety of contrasting shops like posh designer boutiques, second hand vintage stores and different types of local business. Altona’s inhabitants are a multicultural mixture of young families and hipsters. We understand that this Hamburg neighbourhood may not be the first one to visit. However, the area is really worth a visit and just a short bike ride away from Hamburg’s City Centre.

What to visit in Altona and Ottensen? 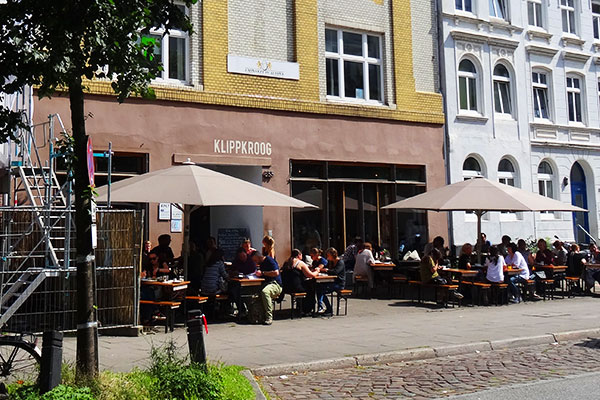 The new city neighbourhood of Hamburg is an urban development project. Hafencity is known for the hyper-modern, expensive architecture and old warehouses. The road along the Elbe river invites you to gallivant, relax on the terraces and stroll around. The development plans for Hafencity evolve until 2030: trendy restaurants, convenience stores, apartment blocks, gyms and offices all coalesce in Hafencity.

Speicherstadt, the historic centre of the harbour neighbourhood, was declared a World Heritage Site by UNESCO in July 2015. Speicherstadt is the ‘City of Warehouses’ and is the world’s largest warehouse area where buildings have timber pile foundations of oak. The warehouses were built between 1883 and 1927 and are still used for their initial purpose: Speicherstadt companies handled 1/3 of the world’s carpet production, cacao, coffee, tea, spices and electronics. 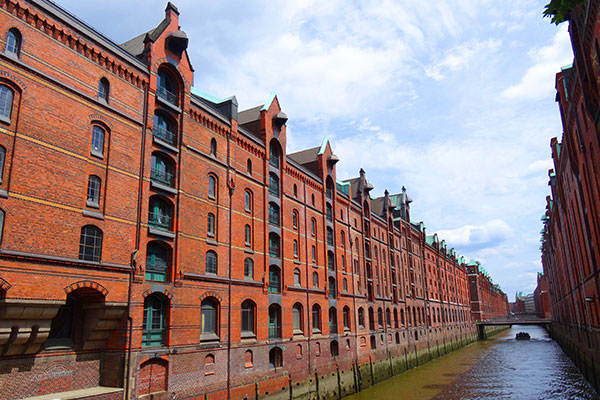 What to visit in Hafencity? 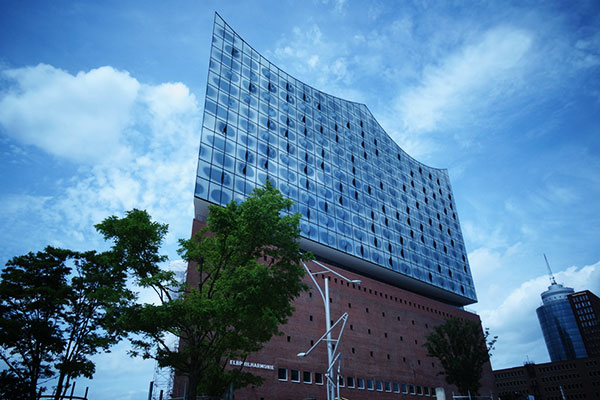 Awesome guide! Thanks so much for sharing 🙂